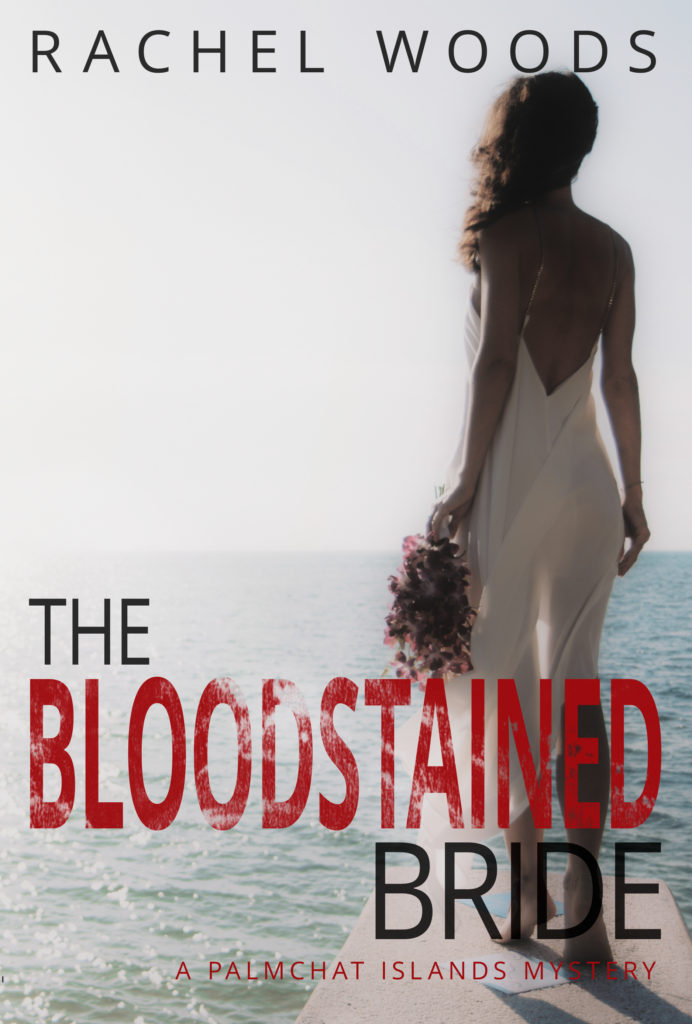 When I conceived the idea for The Bloodstained Bride, I started with a scene in my head of a bride being shot to death on her wedding day – before she was able to say “I do”! After that, I began to develop the idea by asking myself one crucial question. Why? Why would someone shoot a bride on what should be one of the happiest days of her life?

During a couple’s tropical sunset nuptials, a beautiful bride is shot dead—right before she says “I do.” Days later, the police make a shocking arrest.

The groom is accused of hiring a hitman to kill his fiancée.

Shocked and enraged by his arrest, the groom turns to his old friend, journalist Leo Bronson and Leo’s wife, Vivian, to help him prove his innocence. But, there’s a problem. Leo thinks the groom is guilty.

For the sake of friendship, Leo is willing to give the groom the benefit of the doubt—this is, until he learns that the groom stood to benefit financially from his fiancée’s death. As evidence piles up against the groom, Vivian learns that the bride was keeping dangerous secrets of her own.

Did the bride’s hidden agenda get her killed? Or, did the groom’s shady dealings lead to his fiancée’s demise?

As Vivian and Leo search for the truth, they discover that sins committed long ago may have put the bride in the crosshairs of a killer desperate to make sure the past stays buried. The married journalists are experts at uncovering secrets, but exposing them could prove deadly.

LeMiliere

Amazon Review
I do like the way this author writes, I especially liked this latest Palmchat Islands Mystery, the writing flowed well the plot line was really well thought out, full of mystery and intrigue with lots of twists I didn't see coming. The characters were really well defined, they felt real. I enjoyed this book immensely.
Lolah

Amazon Review
This latest Palmchat Islands Mystery is a great read, full of intrigue and (unsurprisingly!) mystery. While some elements were guessable, there were lots of twists that were surprises - including the last big one! So if you like a good mystery story, I'd definitely recommend reading this book today.
Kai

Amazon Review
This book checks all my boxes for an engaging read. It is well written with an interesting plot and compelling characters. What should be a wonderful day devolves into a day of death. Leo and Vivian embark on yet another on yet another exciting adventure unearthing danger, and secrets. I devoured this book and enjoyed it from first page to last.